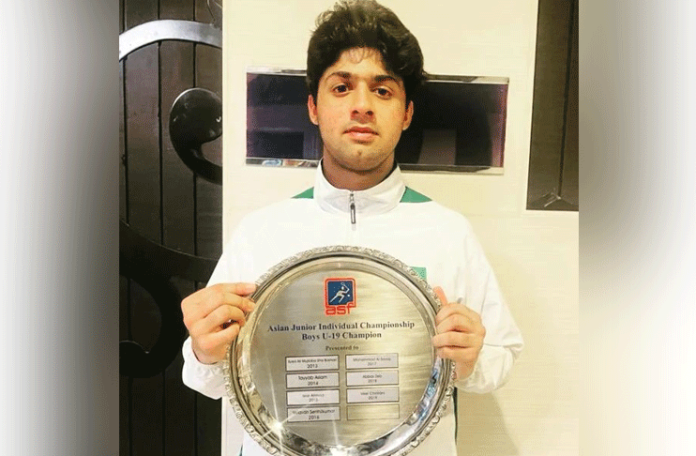 In the all-important final, Zaman completely dominated his opponent Chuah to bag gold for his country.

The Pakistani player started the contest on a high as he pulled ahead of Chuah with an 11-9 victory in the first set and laid the foundation for his triumph.

The Malaysian then fired back at Zaman in the next set by defeating Zaman by 12-10 to draw level at 1-1.

Chuah’s comeback did not affect Zaman much as he carried on his brilliance to seal the next two sets by 11-5 and 11-9 and bagged a gold medal.

Following this victory, the junior squash player took to Twitter to share his picture while posing with the trophy.