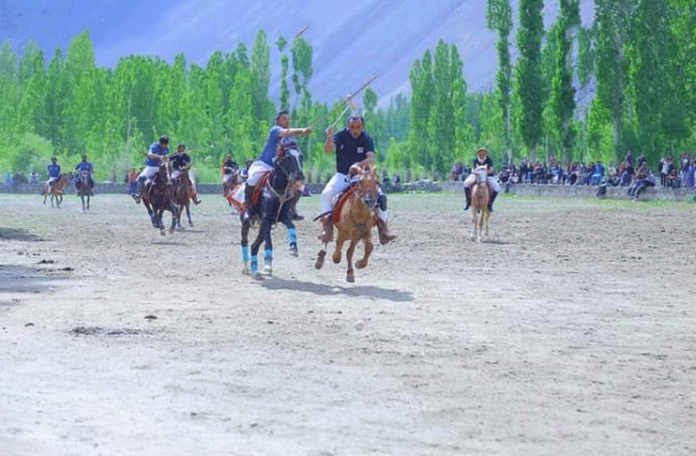 PHANDAR: Ghizer Tigers and Ghizer Highlanders qualified for the next round of the ongoing NLC Polo Tournament 2022 here after securing victories in their respective matches.

On an eventful day, the highly-anticipated event got underway with a rather one-sided clash as Ghizer Tigers outclassed Ghizer Bazigars by three goals. The Tigers scored seven goals while Bazigars could only score four.

The two sides, who qualified for the next round will join Ghizer Superstars, which was awarded the direct qualification.

It is pertinent to mention here that the infamous Polo tournament marked its return to the region after a gap of two years due to the previously imposed COVID-19 restrictions.