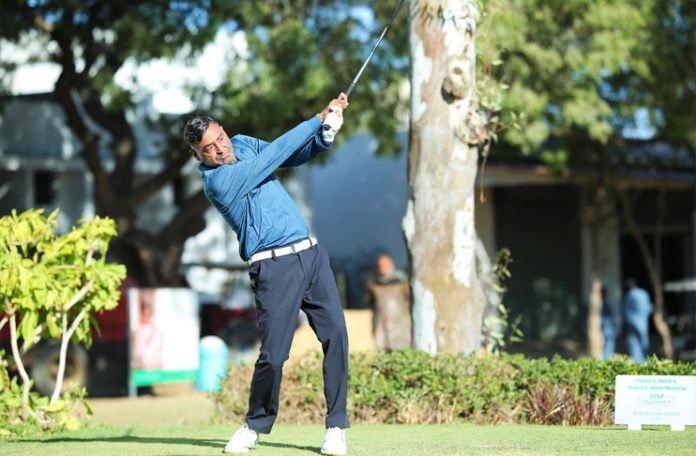 The third day of the ongoing Golf tournament witnessed the former leader Muhammad Shahzad and Zubair swapping places after the latter scripted an astounding comeback on Saturday to finish at the top of the leaderboard.

Meanwhile, Shahzad, who took the lead on Friday, slipped to the joint-second spot with defending champion Waheed Baloch with an under-par score of eight; two behind leader Zubair.

Furthermore, Matloob Ahmed, who finished with an under-par score of five, managed to secure a joint-fourth place in the leaderboard alongside Amir Khan and Shabbir Iqbal.

However, despite concluding the third day’s action on fifth place, Ashat Amjad stole the show with his hole-in-one, which earned him a brand new car from a private bank.

It is pertinent to mention that the final round of the Rashid D Memorial Gold Tournament will take place on Sunday.