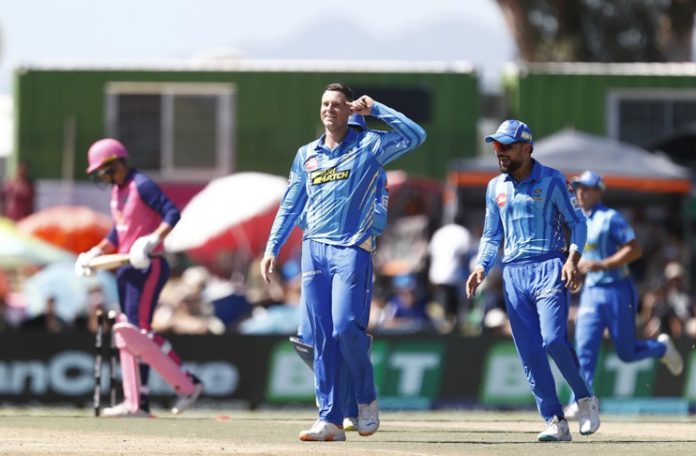 PAARL: MI Cape Town bowlers kept things tight for Paarl Royals as they restrict the home side to 129/6 despite Jos Buttler’s 68 to power their side to a 13-run victory in the ongoing SA20.

Set to chase 143, the Capitals could accumulate 129/6 in their set of 20 overs despite a gritty half-century by Buttler as he received no support from the other end.

The wicketkeeper batter top-scored for his side with 68 off 58 deliveries and carried his bat all the way till the 19th over before Jofra Archer barred him from propelling his side to glory by dismissing him.

Besides Buttler, only skipper David Miller (26) could contribute significantly, while the rest of the batters failed to impress in the run chase.

George Linde and Kagiso Rabada bagged two wickets each, while Rashid Khan and Archer made one scalp each.

Put into bat first, MI Cape Town posted 142/9 on the scoreboard; courtesy of a combined effort from their batters, led by Rassie van der Dussen.

The right-handed batter played an anchoring knock for his side in the middle before falling just one short of his half-century as he scored 49 off 42 deliveries, hitting four boundaries and a six.

Besides him, wicketkeeper batter Grant Roelofsen struck an important 30-ball 34, while Linde chipped in with a crucial 24.