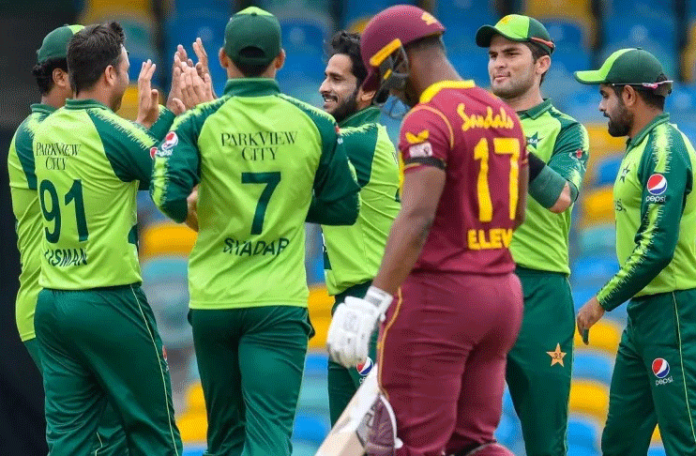 LAHORE: The Pakistan Cricket Board (PCB) is considering changing the timings of the upcoming home ODIs against the West Indies due to the ongoing heatwave in the country.

According to the details, the ODIs will most likely be played in the evening at 4 PM, rather than the previously announced time of 2:30 PM.

The weather forecast of the host city Rawalpindi suggests the mercury to go beyond 40 during the scheduled ODI series.

In addition, the PCB is formulating safety precautions for the players, officials, and staff engaged in the series. Extra drinks will be allowed during the match as per ICC rules to protect players from the heat, and air coolers will also be placed in players’ dugouts.

It is pertinent to mention here that Pakistan and West Indies are scheduled to lock horns in three ODIs, scheduled on June 8, 10, and 12.

READ: Kashmir Premier League to approach Virat Kohli for the next edition