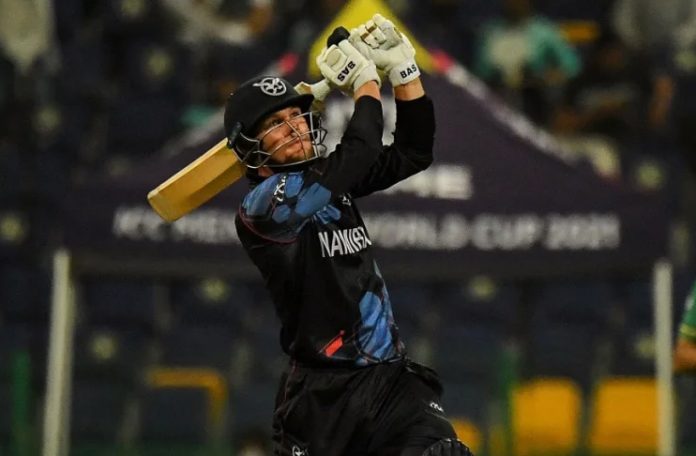 DUBAI: Namibia skipper Gerhard Erasmus has been named ICC Men’s Associate Cricketer of the Year for 2022.

“Leading his side from the front with the bat and in the field, the winner of the Men’s Associate Cricketer of the Year enjoyed an excellent 2022.” said ICC in a media release on Wednesday.

Erasmus was the captain of the Namibian side that qualified for the T20 World Cup for the second time in a row and shocked Sri Lanka in the opening match of the tournament.

“Erasmus’ batting contributions helped the team at their second consecutive T20 World Cup campaign, and leading his team to victory over Sri Lanka to begin the campaign will no doubt be his highlight.” read ICC’s statement.

Erasmus made his mark in ODI cricket last year with a match-winning knock of uneaten 121 against Oman in Dubai before the right-hander went on to score eight half-centuries throughout the year.

The 27-year-old also chimed in with a dozen wickets on the circuit. He led Namibia to 13 wins out of their 21 ODIs in the year, giving them a late push in the Cricket World Cup League 2 race.

In the shortest format of the game, Erasmus kept improving his batting skills as he struck an unbeaten century against Uganda in a home T20I series, before making numerous contributions in his team’s historic T20I series win over Zimbabwe in Bulawayo.