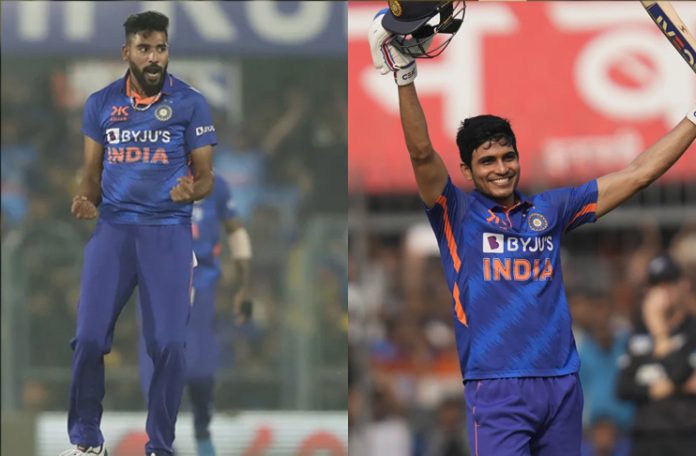 In the latest players rankings update, released by the International Cricket Council on Wednesday, Siraj dethroned New Zealand seamer Trent Boult from the no.1 spot on the ODI bowlers’ list with a narrow lead over second-placed Australia’s Josh Hazlewood

Witnessing a dip in his ratings, Boult went down to the third place with 708 points, while Hazlewood retained his position with only two points behind Siraj’s 729.

Meanwhile, in-form Indian batter Shubmann Gill made a staggering jump of 20 spots to sixth overall on the ODI batters’ list following a spectacular double hundred and a century against New Zealand at home.

Coming back to Siraj, his remarkable rise in ODI cricket last year also earned him a place in the ICC Men’s ODI Team of the Year, announced on Tuesday.

The 28-year-old has collected 37 wickets from 20 matches since February 2022, when he returned to India’s ODI set-up after three years hiatus.