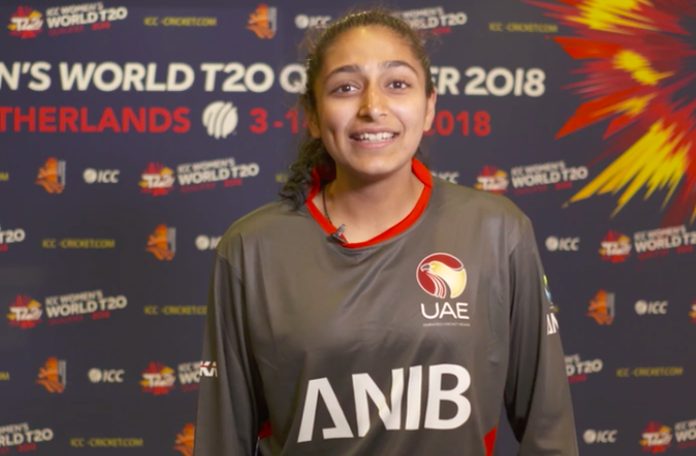 “Lighting up scoreboards with the bat, and providing strong support with her off-spin, the winner of the Women’s Associate Cricketer of the Year was a revelation in 2022.” said ICC in a media release on Wednesday.

“Prior to 2022, Oza had made just 463 T20I runs at 23.15, and a strike rate of 100.43. In 2022, the right-hander took it up a notch, making almost 700 runs across just 23 innings. Incredibly, Oza achieved this while taking on 16 different opponents over the year, across no less than four competitions and a bilateral series against Hong Kong.” read ICC’s media release.

Oza kickstarted her year with scores of 28* (14) and 67 (31) against Kuwait and Oman respectively at the Gulf Cricket Council T20 Championship Cup, though it pales in comparison to her spellbinding 158* (71) in the next game over Bahrain.

It took until her 12th innings of the year to finally be dismissed for single figures, and in that time, she tacked on another hundred, this time an effort of 115 (67) against Qatar in the ACC Women’s T20 Championship, in a tournament they went on to win.