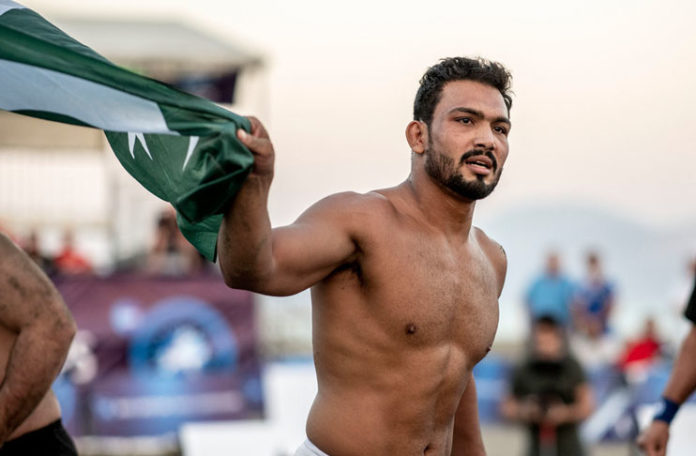 BIRMINGHAM: National wrestler Inam Butt failed to continue his exceptional performance in the gold medal bout of the Men’s Freestyle 86kg Wrestling in the ongoing Commonwealth Games as he lost to India’s Deepak Punia.

The one-sided Indo-Pak final produced an entirely different outcome, with Inam on the losing side as India’s Poonia thrashed the former 3-0.

In an enduring final, Poonia kept Inam at the bay for the majority of the clash before running away with the victory and shattering the latter’s hope of claiming his second consecutive gold medal.

In the gold medal match, Inam appeared oblivious to Poonia’s attacking strategy, which put the latter on the back foot for the majority of the match.

Following him losing in the final, Inam, however, claimed the first silver medal for Pakistan in this year’s Commonwealth Games, taking the country’s overall tally to four.