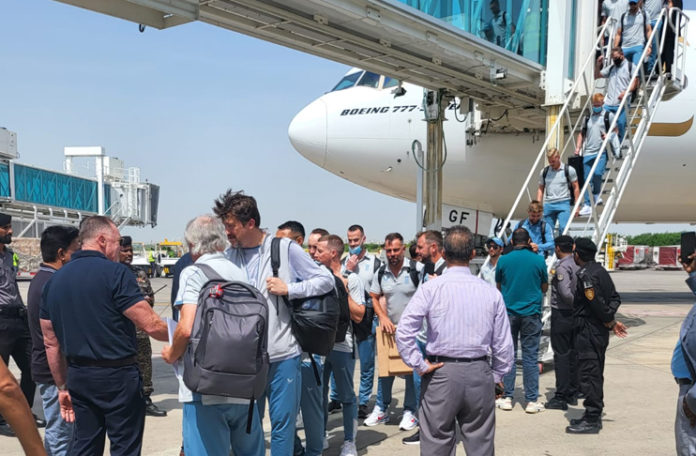 KARACHI: England Cricket team landed in Karachi on Thursday for the historic tour of Pakistan after 17 years and the first T20I series between the two teams on Pakistani soil.

The seven-match series will roll into action on September 20 at National Stadium Karachi.

According to the details, England’s contingent landed at Jinnah International Airport before they moved to a local hotel in a strict security protocol.

Jos Buttler, the captain of England’s white-ball team, will address the media at a local hotel in the late afternoon.

For England’s historic tour to Pakistan, law enforcement agencies have ensured foolproof security arrangements on the team’s travel routes from the airport to the hotel and the stadium.