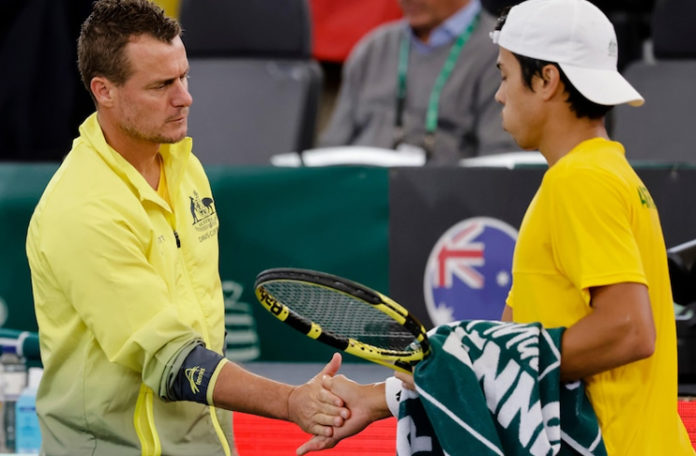 HAMBURG: Australia were in a rush on the opening day of the Davis Cup finals group phase on Tuesday with Jason Kubler and Alex de Minaur paving the way for a 3-0 win over Belgium.

Trailing 1-3 in the third set after dropping the second, 97th-ranked Kubler reeled off five consecutive games to earn the first point for Australia.

“I’m over the moon that I was able to deliver today but we may not have been in this position if it were not for Jason Kubler who came out on his debut and pulled a rabbit out of the hat,” said de Minaur.

“He played with passion and pride and showed everything that Davis Cup is about. He got the win which gave us a 1-0 lead which I thought was huge.”

De Minaur got the winning point for the 28-time Davis Cup champions after beating David Goffin 6-2, 6-2 in one hour and six minutes.

Matthew Ebden and Max Purcell teamed up in the doubles to see off Sander Gille and Joran Vliegen 6-1, 6-3.

The Germans open their Group C campaign against France on Wednesday before also facing Belgium and Australia.

In Group A, Argentina play Sweden on Tuesday with Canada and South Korea in action in Group B and Kazakhstan v Netherlands in Group D.

In the last-16 group phase, nations play two singles matches and then doubles in the best of three formats.

The top two teams in the Davis Cup group matches to progress to the last eight in Malaga from November 22-27.