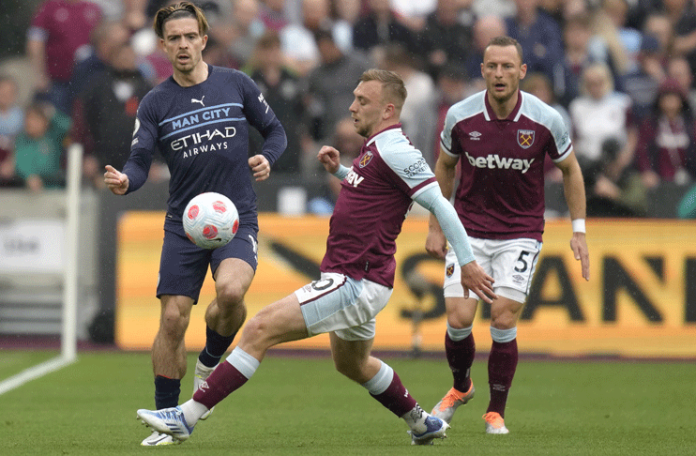 LONDON: Manchester City made a timely come back after two goals down to draw the match and earn a point against West Ham, here on Sunday. The draw however made the side wait to lift the Premier League.

City’s grip on the Premier League seemed doubtful in the first half as the Hammers led 2-0 following Jarrod Bowen’s well-taken double.

However, four minutes after the restart, Jack Grealish made the first strike for the visitors, and Vladmir Coufal headed Riyad Mahrez’s free-kick into his own net as City escaped loss in a top-flight match.

The side then also got a chance to win after Craig Dawson fouled Gabriel Jesus which earned the side a vital penalty strike but Mahrez’s failure to avail the opportunity barred the side from lifting the title.

The City are still four points ahead of the second-placed Liverpool, with one match to go. The side can clinch the Premier League by defeating Aston Villa on the final day.

Liverpool, on the other hand, potentially got a chance to level with the City by winning their remaining two matches if the latter lose their match against Aston Villa.