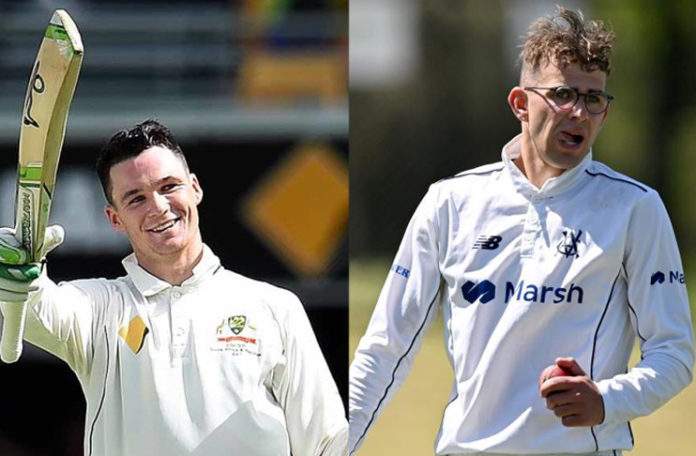 Australia will take four spinners for the four-Test series in Nagpur, Delhi, Dharamsala and Ahmedabad in February-March with Mitchell Swepson also getting the nod along with Ashton Agar.

Allrounder Cameron Green and pace spearhead Mitchell Starc were both named in expectation of their returns from injury. Uncapped quick Lance Morris was retained in the squad as a back-up.

Opener Marcus Harris, who was in the squad for their last Test against South Africa in Sydney last week, missed out.

“After a successful home summer the squad is excited by the challenge a Test tour to the subcontinent provides,” said chairman of selectors George Bailey.

“We have selected a squad that provides the depth and flexibility required to adapt depending on the conditions we may encounter.”

Murphy, 22, was favoured over white-ball specialist spinner Adam Zampa after strong performances for Victoria and Australia A over the past 12 months, with selectors eyeing him as a long-term replacement for veteran Lyon.

“Todd Murphy has progressed quickly having impressed in domestic cricket and recently with Australia A. With those performances Todd has emerged as a strong spin option,” said Bailey.

“Selection in this squad also provides another opportunity to spend time alongside Nathan Lyon and assistant coach Daniel Vettori in India which will be invaluable to his development.”

Handscomb, who has played 16 Tests, has been in fine touch in the domestic Sheffield Shield and was recalled for the first time since 2019, joining Matthew Renshaw as reserve batters.

“Peter Handscomb deserves his place back in the squad. His domestic form has been strong recently and Pete has proven he can perform at Test level,” said Bailey.

“His experience against spin on the subcontinent is valuable and he is also an exceptionally good close to the wicket catcher.”