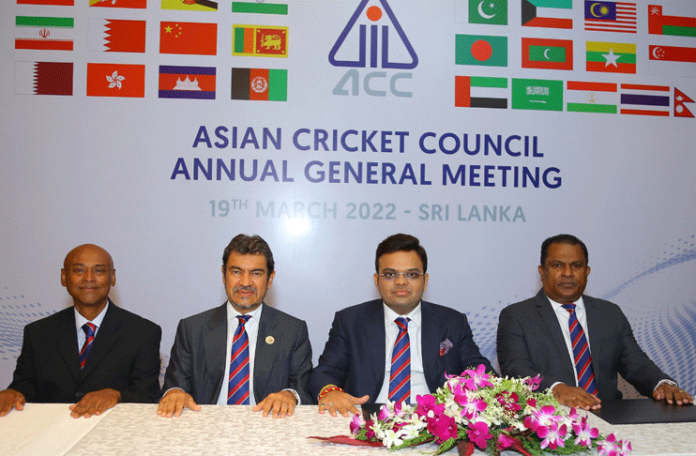 COLOMBO: The Asian Cricket Council (ACC) has announced that the Asia Cup 2022 will be held in Sri Lanka from August 27 to September 11. The tournament will be played in the T20I format.

In a meeting of the ACC officials here, the cricket council has decided to hold the upcoming Asia Cup in T20 format. Whereas, Sri Lanka will be hosting the mega event. However, the schedule of the tournament will be announced later.

Taking to Twitter, the ACC shared the details of the upcoming Asia Cup, scheduled later this year.

Furthermore, Jay Shah was unanimously approved as the President of the ACC till 2024. Whereas, the cricket council have also rewarded Qatar with ACC Full Member status.

READ: ‘Babar is among the top-five batters in world cricket’ Steve Smith