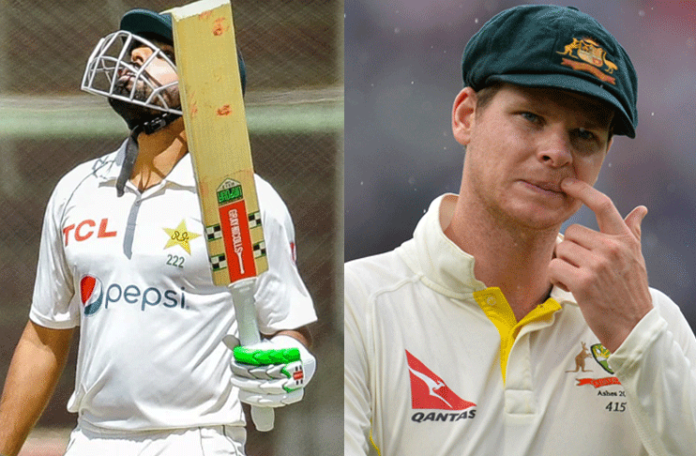 LAHORE: Australia’s experienced batter Steve Smith heaped praises on Babar Azam and claimed that the Pakistani skipper is among the top-five batters in world cricket.

Smith, while talking to the media through a virtual press conference lauded Babar and shared that he considered the top Pakistan batter as one of the five best batters in world cricket.

“The way Babar played in Karachi Test, was simply exceptional. I think he played an extraordinary knock,” he said.

“Babar set many records during his outstanding innings and I think he is one of the top five batters. The way he tackled our spinners was a great sign for him,” he added.

The right-handed batter then commented about his individual performance in the last two matches, said he felt disappointed for not scoring big on these pitches.

“I tried to play long innings on these pitches but could only score around 70. It was quite disappointing for me as I kept getting out despite the hard work,” he shared.

“Hopefully, I will be able to play long innings in Lahore,” he added.

Smith then further opined about the Gaddafi Stadium Lahore’s pitch and said he is not expecting it to be a bouncy pitch.

“I have not seen Lahore’s pitch but I think it would be somewhat similar to those of Karachi and Rawalpindi. I am not expecting it to be a bouncy one,” he said.

The right-handed batter also expressed his desire of winning the series by securing the victory in the upcoming Lahore Test.

It is pertinent to mention here that Gaddafi Stadium will host the third and last Test of the ongoing Benaud-Qadir Trophy from March 21 to March 25.