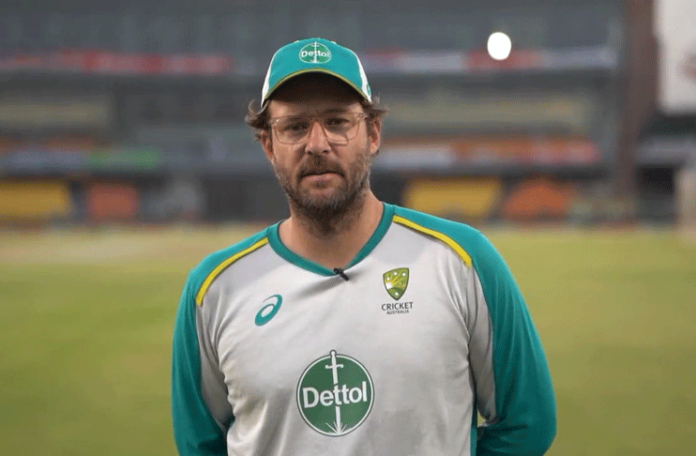 LAHORE: Daniel Vettori, Australia’s spin bowling consultant, has claimed that he will speak with the New Zealand players and inform them of how much the Australian cricketers enjoyed their tour to Pakistan.

Vettori, in a video posted on Pakistan Cricket’s social media accounts, remarked on his first visit to the country after an 18-year absence and said it was “very pleasurable,” while also noting that he will be telling the New Zealand cricketers about the experiences of the tour.

“It has been very enjoyable. It has been a long time since Australia and New Zealand teams have been here. I am so glad to get a chance to come over here and experience Pakistan cricket,” he said.

“I think it gives the players and staff a chance to realize their experiences. Once the Australian players go back and talk to their fellows and I talk to the New Zealand guys and give them the words of appreciation about how the Aussies have enjoyed this tour and how safe it has been,” he added.

The former New Zealand off-spinner further shed light on the quality of cricket and said that the ODIs were outstanding.

“I think it is appreciating that cricket is being played and we have seen some quality cricket in the ODIs and I think the crowd enjoyed that,” he concluded.