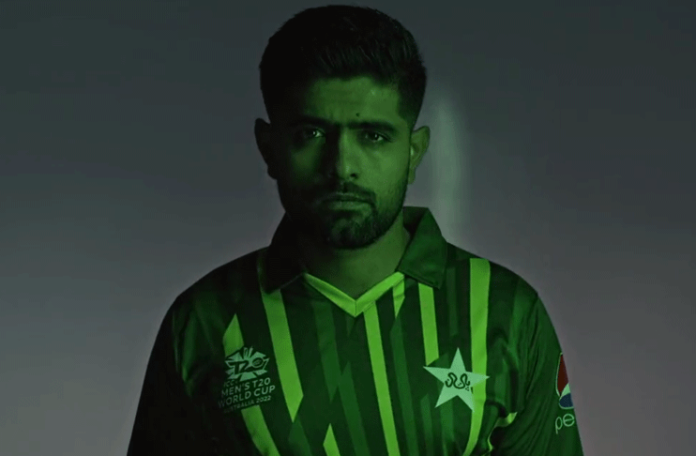 LAHORE: The Pakistan Cricket Board (PCB) unveiled the official T20I jersey of the Pakistan national team for the ICC T20 World Cup 2022.

A new kit has been introduced for the mega event. The team’s jersey – mainly comprised of green background – features yellow and green stripes with the star on the left and the World Cup logo on the right.

The thunder-themed green jersey, named Green Thunder, however, leaked hours ago on PCB’s online merchandise store as it had been put up for sale.

The images of the team’s new jersey had been circulating over social media and generated a mixed response from cricket fans.

It is apropos to mention that the Green Shirts will start their ICC T20 World Cup 2022 campaign against arch-rivals India on October 23 at the iconic Melbourne Cricket Ground (MCG).