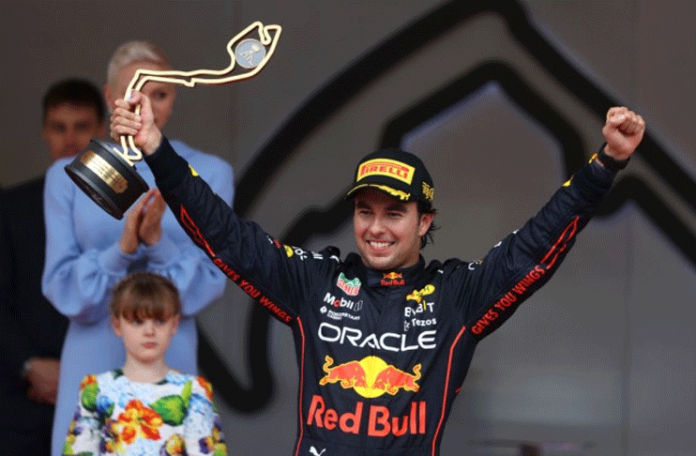 MONACO: Red Bull’s Sergio Perez claimed his first win of the season as he won the Monaco Grand Prix following his brilliance on a wet-dry track, here on Sunday.

Perez claimed his first triumph of the season in a breathless race as the rain-affected competition was contested under a two-hour timing rule. The Mexican passed the finishing line 1.1 seconds clear of Ferrari’s Carlos Sainz.

As a result of heavy rainfall, the race was delayed by an hour, causing some issues for the drivers early in the competition.

The drivers faced difficulty getting to the pits, especially early in the race, with Haas’ Mick Schumacher spinning out and crashing on the 27th lap.

A dramatic crash for Mick Schumacher

Watch all the key moments from a dramatic race 🎥#MonacoGP #F1

It is apropos to mention here that Verstappen is currently leading the Drivers’ championship with 125 points, nine points clear of the previous leader Ferraris’s Charles Leclerc. Perez, on the other hand, firmly holding the third.