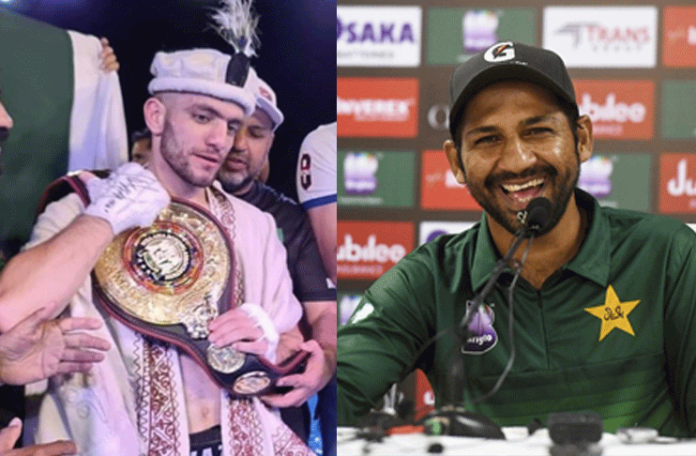 Sarfaraz, in a video message, praised the Asian welterweight champion for his remarkable feat and for bagging international titles for the country.

“Usman Wazeer has been consistently winning titles in International boxing for Pakistan,” said Sarfaraz. “He deserves praise for triumphing in a magnificent fight that recently took place in Gilgit.”

The 22-year-old Wazeer won the WBA Asia welterweight title by defeating Thailand’s Phatiphan Krungklang in the recently held first-ever professional boxing event in Gilgit. The Pakistani boxing star has been undefeated in the 8 fights.

He further went on to request the whole country to support the Pakistani star in his forthcoming world championship title fight scheduled in September.

“We all should support this hero, hailing from Gilgit,” he added. “He has a world championship fight ahead in September. All Pakistanis should fully support him,” he concluded

READ: Williamson should give up captaincy to prolong his career: Simon Doull