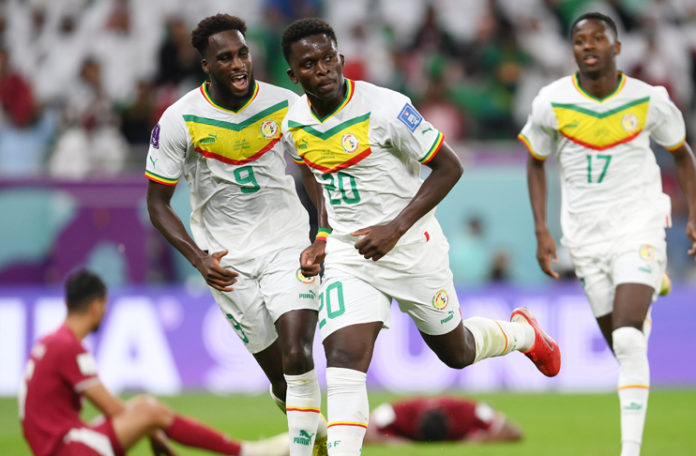 DOHA: Mohammad Muntari scored Qatar’s first-ever goal at World Cups but Senegal pushed the hosts to the brink of elimination in Group A after a crushing 3-1 defeat, here at Al-Thumama Stadium on Friday.

Boulaye Dia, Famara Diedhiou and Bamba Dieng struck a goal each to relieve Senegal from the earlier 2-0 loss against the Netherlands in the opening game.

Qatar, on the other hand, have now faced consecutive defeats at their opening World Cup and will automatically be disqualified unless Ecuador pull out an upset against the favourite Dutch side later on Friday.

Dia scored the opener in the first half when he took advantage of Boualem Khoukhi’s slip and fired a shot past into the back of the nets before Diedhiou doubled the lead three minutes after the break with a brilliant header on a corner delivery from Jakobs.

Muntari won great applause from the Qatari fans in the stadium when he thumped a header past the goalkeeper into the far corner in the 78th minute and etched his name as the first goal-scorer for Qatar in World Cups.

Substitute Bamba Dieng, however, was quick to react and took back the two-goal cushion for Senegal six minutes later as he kicked the ball past the goalkeeper Barsham into the middle of the nets.

Senegal, who entered the tournament without their talisman Sadio Mane, have kept their hopes alive to qualify for the next round after this victory.