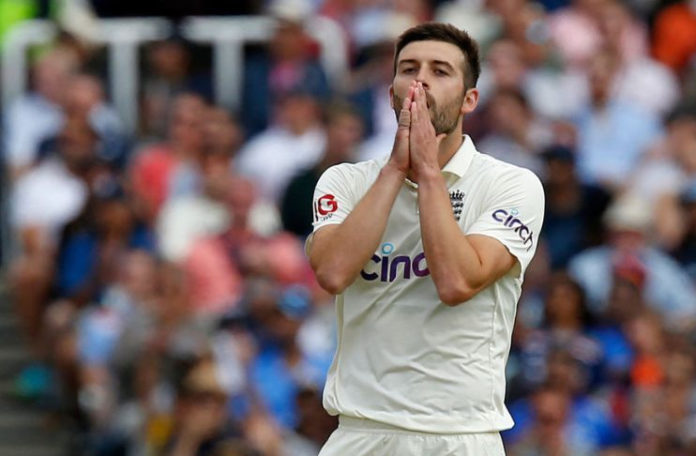 LONDON: England spearhead pacer Mark Wood is doubtful for the opening match of the historic Test series against Pakistan due to a hip injury, English newspaper The Telegraph reported on Friday.

According to the details, Wood sustained the injury amid England’s successful T20 World Cup campaign which forced him out of the semi-final against India and the final against Pakistan.

Despite Wood’s rehabilitation reportedly going well, it is improbable for the pacer to gain enough fitness to prepare himself for the rigours of a Test match with only three training days left before the series begins on December 1.

The right-arm pacer, however, will accompany England’s squad, scheduled to step foot in Pakistan on Sunday (November 27) to play a historic series after a gap of 17 years.

England Test captain Ben Stokes also confirmed that Wood’s absence from Abu Dhabi’s leg of training – where they played a training match against England Lions – had nothing to do with the latter’s injury and in fact, Wood, alongside Harry Brook was given time off at home due to excessive workload.

“No, we’re sticking with it,” said Stokes. “We’re not going to call up another seamer to this group.

“We took the decision to let Brooky and Woody spend that time at home, obviously being at Pakistan and the World Cup,” Stokes said. “We felt a week at home for them would be more beneficial, just to get their batteries recharged, and obviously with Woody’s injury, getting home and being around his wife and child would be better than being out here and getting all his rehab, which he could do at home.

“We’ve let them go home. I haven’t had much contact with them, just to let them chill out and relax. From all reports, Woody’s coming on nicely and we’ll see how he is when he gets out here.”

Despite Stokes’ refuting the probability of calling a seamer to the squad, the England and Wales Cricket Board (ECB) made an eleventh-hour addition as Rehan Ahmed was officially called up to the Pakistan-bound squad.

It is worth mentioning here that the historic three-match series between Pakistan and England will be played in Rawalpindi, Multan and Karachi, respectively from December 1 to 21.