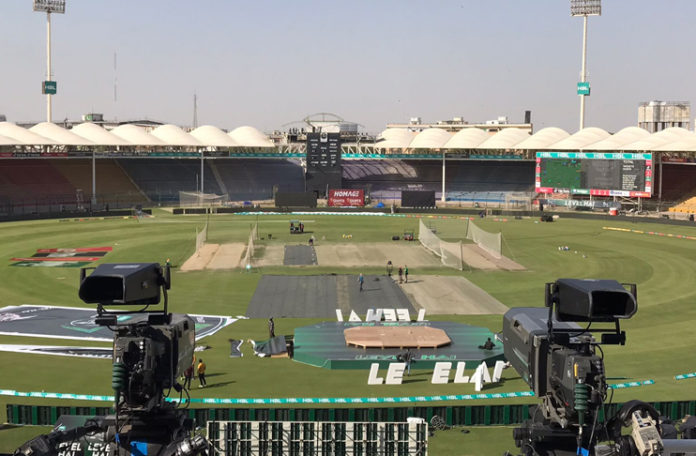 KARACHI: With the seventh edition of the Pakistan Super League (PSL) is just around the corner, preparations have been raced up here at National Stadium.

A short but glittering opening ceremony will be held before home side Karachi Kings take on defending champions Multan Sultans in the opening match. PSL 7 official anthem singers Atif Aslam and Aima Baig will perform in the event alongside some foreign paragliders lined up to show their stunts.

The stage for the opening ceremony has been prepared here with official tagline ‘#LevelHai’. Other preparations for the event are also in full swing.

According to the details, PCB Chairman Ramiz Raja will address at the opening ceremony. Also, Prime Minister Imran Khan’s inauguration video will be played in the ceremony.

READ: National Stadium lights up ahead of the PSL 7