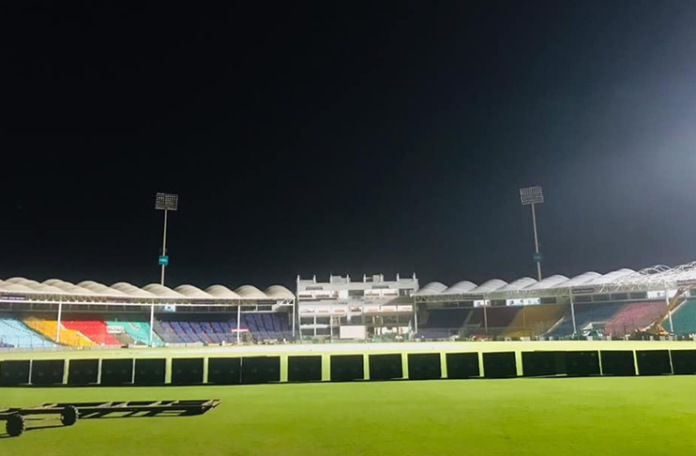 KARACHI: With the seventh season of the Pakistan Super League (PSL) is just around the corner, the preparations for the marquee event raced up at National Stadium, here on Monday.

For the mega event, the National Stadium has been decorated with colourful lights. The main building of the stadium, as well as the trees, are lit up beautifully.

In addition, preparations for the PSL 7’s opening ceremony are well underway. Paragliders, on the other hand, made a unique entrance into the stadium.

As per reports, the opening ceremony will also feature a unique paragliding show.

The seventh edition of the PSL will kick off on January 27 as defending champions Multan Sultans will be taking on Karachi Kings in the opening match.