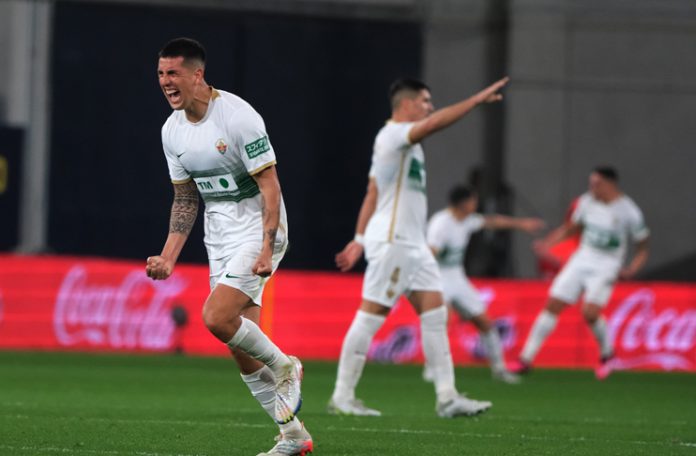 CADIZ: Elche’s Ezequiel Ponce struck in the 81st minute to end his side’s five-match losing streak with a 1-1 draw against Cadiz in the ongoing La Liga 2022/23.

Cadiz were in complete control of the game when Brian Ocampo struck the opener in just the seventh minute.

Following the early deficit, Elche responded with some close calls but Jeremias Ledesma blocked them to keep the hosts in the lead.

Ponce then finally dodged the Cadiz defences and fired in an equalizer in the 81st minute, which powered the side to hold home side Cadiz for a 1-1 draw.

A thrilling draw against Cadiz was their first after five successive defeats while their winless streak extended to 17 matches.

Elche also remained the only team which yet to taste triumph after fellow strugglers Cadiz ended the winning drought with a victory over Valencia.

Despite forcing the draw, Elche continued to stay at rock bottom with a mere five points, while Cadiz moved to 18th place.