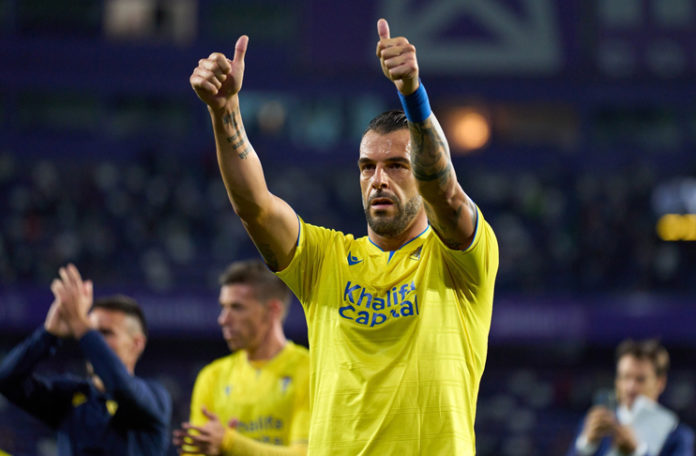 VALLADOLID: Alvaro Negredo landed a late goal in the extra time to power Cadiz past Valladolid 1-0 to claim their maiden victory of the ongoing La Liga 2022-23.

In a clash between the two bottom-placed sides, Cadiz stunned the home crowd in the extra time after sealing a much-needed victory of the ongoing season.

The two teams remained indulged in a tense battle in both halves and could not be separated as the scoreboard remained intact at 0-0 at the 90-minute mark.

Former Manchester City striker Negredo then made the most of the assist from Joseba Zaldua and used his left foot to net the first goal for his side in the ongoing league.

A much-needed goal from Negredo lifted Cadiz to claim their first victory of the tournament after losing their first five matches by a combined score of 0-14.

The victory over Valladolid lifted Cadiz from the last place and moved right behind the 18th-ranked Valladolid in the relegation zone.

READ: ‘Our focus is on the future’ Ramiz on Haris’ selection over Sarfaraz