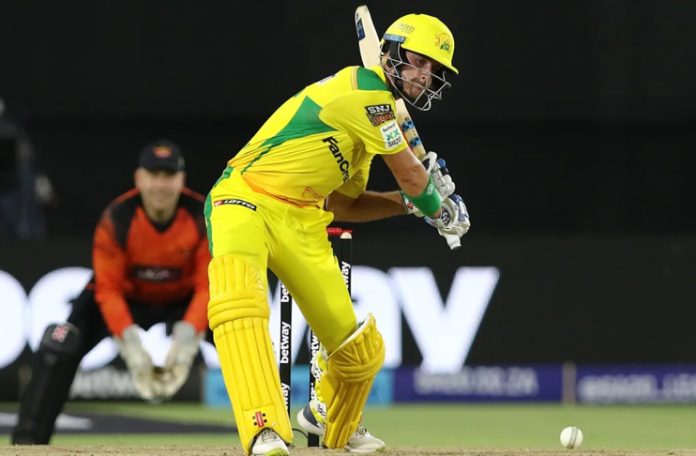 Batting at number 4, Plooy made an unbeaten 47 from 40 balls and sailed his team to victory in the final over while it was chasing a paltry total of 128.

Faf du Plessis’s side went through a few hiccups during the chase after it bundled out the Sunrisers to 127 thanks to sensational bowling by Aaron Phangiso and Gerald Coetzee. The two shared eight wickets between them to put Super Kings in command after they elected to field first.

Phangiso (4 for 20) wreaked havoc in the middle overs as he dismissed Adam Rossington, Tristan Stubbs, Marco Jansen and JJ Smuts before Coetzee (4 for 24) stormed through the tailenders.

Rossington top-scored for his side with a cautious 31-ball 40 while all-rounder James Fuller and Smut scored 27 and 22, respectively in an otherwise deplorable batting display.

Super Kings, in reply also went through a dismal start as Sisanda Magala removed opener Reeza Hendrick cheaply in the 3rd over.

Skipper du Plessis, however, made a solid 37 from 38 balls before falling prey to Smuts in the 13th over. Two more jolts in quick succession slid his side to 100/5 before Plooy did the repair work.