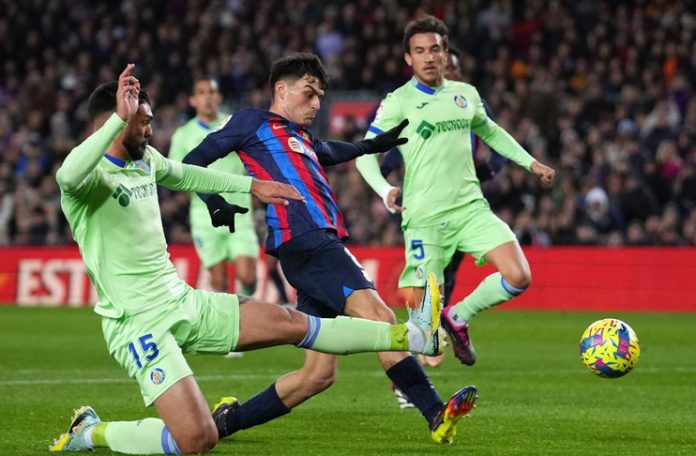 Barcelona jumped to 44 points, three ahead of their arch-rivals and second-placed Real Madrid who also defeat Athletic Club 2-0 later on Sunday.

Getafe, however, slipped to 16th and level on 17 points with Celta Vigo and 18th-placed Real Valladolid, barely above the relegation zone thanks to a better goal difference.

Pedri broke the deadlock in the 34th minute by latching onto Raphinha’s pass and guiding it to the back of the nets.

Barcelona dominated the opposition throughout the game, holding possession of the ball for about 70% of the time. However, with only four shots on target during the entire match, the Catalan Giants did not produce many obvious opportunities to widen their lead.

Ballon d’Or winner Benzema gave his side a lead in the 23rd minute with an eloquent left-footed finish from the centre of the box while Toni Kroos extended the lead in the dying minutes of the game with a long-range shot.