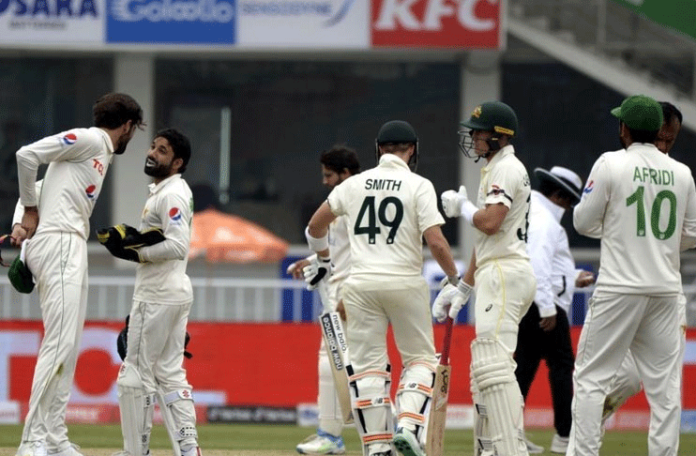 RAWALPINDI: After the conclusion of the first Test of the Benaud-Qadir Trophy here, players from both Pakistan and Australia will fly for Karachi tomorrow for the second Test.

The squads of both Pakistan and Australia will fly from Islamabad to Karachi tomorrow afternoon to play the second Test of the three-match series, which will start from March 12.

The teams will then hold practice sessions before taking the field at National Stadium Karachi on Saturday.

It is apropos to mention here that the preparations have already entered the final phase for the historic Test and the pitch curators are specially instructed to prepare a lively pitch that is capable of making the Karachi Test consequential.

Furthermore, the recently concluded first Test between Pakistan and Australia has been ended as a draw as no results could be concluded after five days of action.