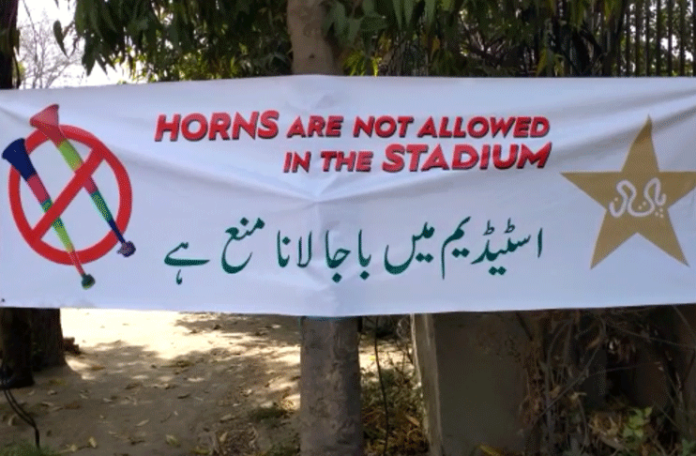 LAHORE: The Pakistan Cricket Board (PCB) has banned the fans from bringing Vuvuzela horns in the stadium ahead of the second ODI between Pakistan and Australia, here on Thursday.

The PCB has installed a number of banners under the premises of Gaddafi Stadium to prohibit the fans from bringing the vuvuzela horns.

“Horns are not allowed in the stadium,” the statement on the banners read.

According to the details, the cricket board has decided to prohibit the use of horns in response to complaints from match officials and players who claim that the noise of the horns prevents them from concentrating on the game.

It is pertinent to mention here that the second ODI between Pakistan and Australia will be played today here at the Gaddafi Stadium. The touring side lead the three-match series 1-0.