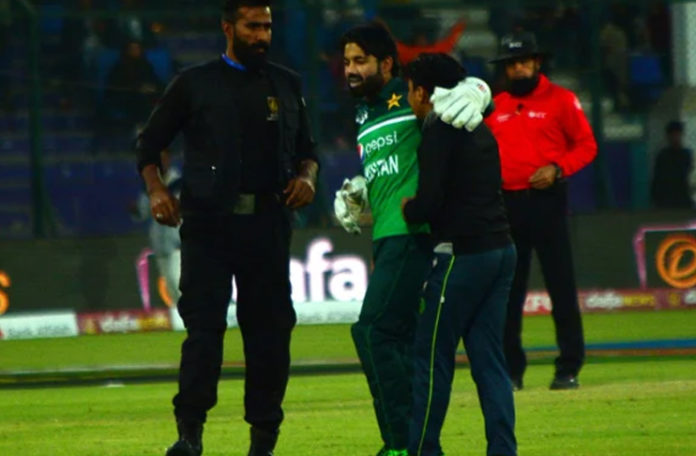 KARACHI: A session court on Thursday released the two accused held by the police for invading the pitch during the second One-Day international between Pakistan and New Zealand.

The court granted bail orders to the accused, Mohammad Abbas and Javed Khan, on surety bonds of Rs30,000 each.

The offenders claimed they entered the field to meet the wicket-keeper batter Mohammad Rizwan since they liked him, saying they had been ‘handcuffed in the love of Rizwan’.

The incident occurred the other day when the two fans trespassed the fences and ran into the ground while skipper Babar Azam and Mohammad Rizwan were batting on the crease. One of them also hugged the wicket-keeper batter.

Meanwhile, the pitch invaders confessed they had broken the law and resolved to attend the next match after they were released by the court.

The third and final match of the series, currently level at 1-1, will be played on Friday.