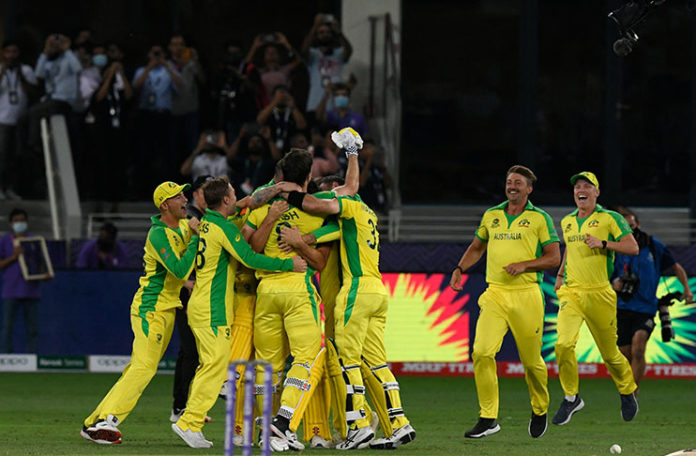 Warner and Marsh made the run-chase too easy for Australia as they managed to take the cup home. The two batters held their nerves calm and scored 92 runs to set the solid tone for Australia to chase 173 runs.

Warner made 53 runs off 38 balls including four boundaries and three sixes whereas Marsh remained not out for 77 laced with six boundaries and four sixes.

Later on, Marsh alongside Maxwell (28*) scored 66 runs to take Australia over the victory line.

Trent Boult was the only wicket-taker from New Zealand. He bagged two wickets for 18 runs.

Earlier, Kane Williamson led New Zealand from the front as they scored 172-4 in 20 overs against Australia in the mega contest.

The New Zealand’s captain was off to a pressure start, joining the team after they lost Daryl Mitchell for 28 runs. The right-handed batter stood composed and kept the scoreboard ticking.

He took charge later on and accelerated his innings that saw 85 runs off 48 balls laced with 10 boundaries and three sixes. Martin Guptill supported him well as he scored 28 off 35 balls including three boundaries.

Glenn Phillips made 18 including a boundary and six.