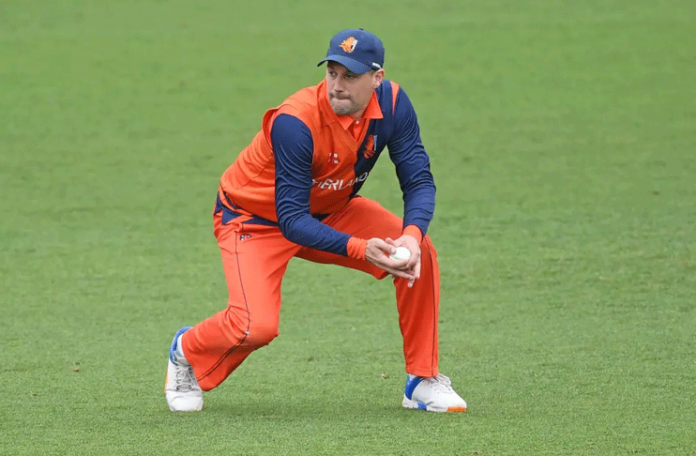 AMSTERDAM: The captain of the Dutch Men’s Cricket Team, Pieter Seelaar has announced his retirement from international cricket due to persistent back injuries.

Seelaar, 34, who made his debut for the Dutch team in 2005 and succeeded Peter Borren as the captain in 2018, has decided to bid adieu to his prolonged career as his back problems worsened.

The bowling all-rounder played 57 ODIs and 77 T20Is for the Netherlands and had a decent record in the shortest format of the game as he claimed 58 wickets for 1,290 runs and scored 591 runs in 46 innings with a high score of 96 not out.

The 34-years-old was an integral part of the Netherlands’ historic victory over England at Lord’s in the opening match of the T20 World Cup in 2009 as he bagged the wicket of the then England skipper, Paul Collingwood.

📢 ANNOUNCEMENT
Captain Pieter Seelaar announces his retirement
from international cricket due to persistent back injury.

In a Cricket Netherlands (CNL) released statement, Seelaar revealed that he is ‘no longer able to give everything’.

“Since 2020 my back problems got worse to such an extent that – much to my regret – I am no longer able to give everything I’ve got,” he stated.