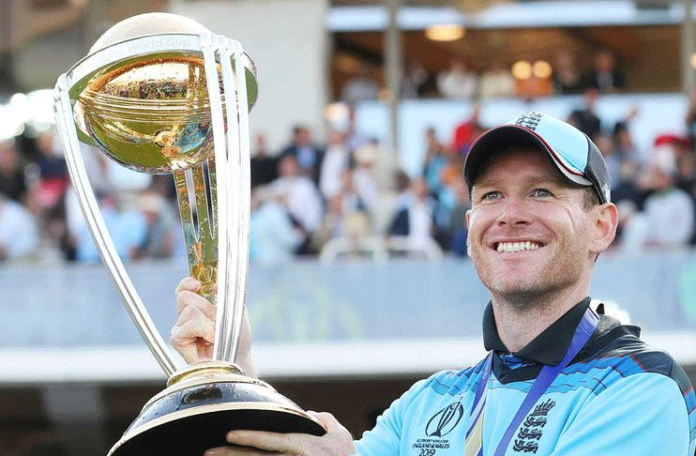 LONDON: England’s World Cup-winning captain Eoin Morgan has decided to not only leave the captaincy role but is likely to call off his 13-year-long international career for England, English newspaper The Guardian reported.

According to the details, England’s white-ball captain Morgan, who was struggling with the lack of form and back-to-back injuries, has now reportedly decided to hang up his boots from international cricket.

The reports further suggest that the world cup-winning captain will be announcing his retirement this week and would eventually leave a vacant captaincy spot.

Exclusive: Eoin Morgan could be set to announce his retirement from international cricket this week, with England’s World Cup-winning captain understood to have been mulling over his future in recent days.

Furthermore, Morgan’s deputy Jos Buttler is the favourite to take up the captaincy role.

England’s all-rounder Moeen Ali, on the other hand, also opined on Morgan’s expected plans of retirement while talking to BBC’s Test Match Special and claimed that the skipper is done with international cricket.

“He obviously feels like he’s done with international cricket,” the all-rounder was quoted saying.

“The team for him still comes first, which just shows how unselfish he is. He’s done a remarkable job and he’s the best we’ve ever had, for sure,” he concluded.

It is pertinent to mention here that Morgan joined the England Men’s National Cricket Team in 2009 after pursuing his initial career with Cricket Ireland. He was appointed England’s captain in 2014 and in 2019, became the first captain to lead England to a World Cup triumph.

READ: National Under-19 one-day Cup to kick off tomorrow