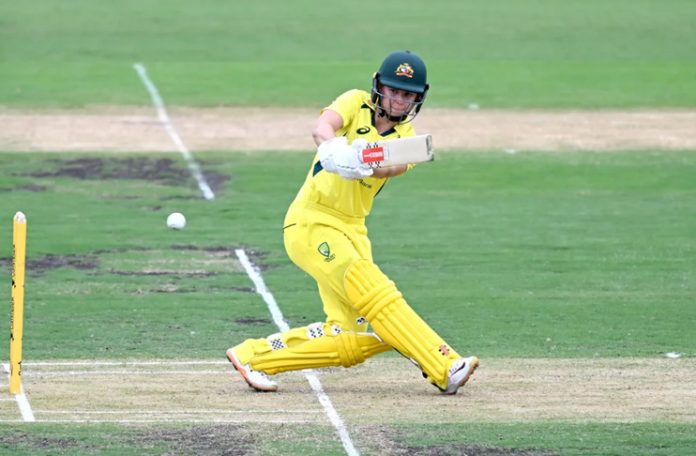 BRISBANE: Debutant Phoebe Litchfield and returning captain Meg Lanning led the batting charge to steer Australia to a comfortable win by eight wickets against the Pakistan Women’s team in the first ODI.

In a rain-reduced match, Pakistan managed 160/8 in the allotted 40 overs with help of an anchoring knock by Nida Dar, who scored 59 from 88 balls.

Chasing a revised target of 158 in 40 overs, Lanning and Litchfield stitched an astounding partnership of 137 runs after the early dismissal of Beth Mooney off Diana Baig in the first over.

With Pakistan being below par on the field, dropping two catches and a number of misfields, Lanning made 67 off 76 balls while teenaged Litchfield went not-out on 78.

After putting her side into command, the Australian captain was dismissed in the 28th over off Omaima Sohail’s bowling.

Skipper Bismah Maroof hit several eloquent drives before falling prey to Ashleigh Gardener on 28. Dar, however, was standout despite no effective support from the other end.