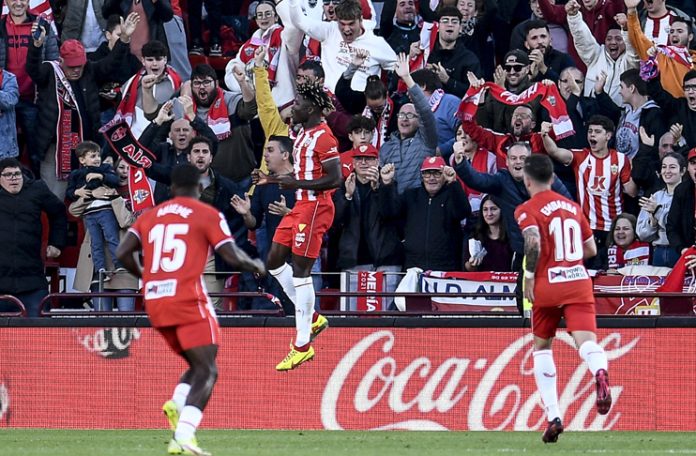 ALMERIA: In another disappointing outcome, Atletico Madrid dropped two more points on Sunday after they were held to a 1-1 draw by Almeria in LaLiga on Sunday.

Angel Correa gave Diego Simeone’s team an early lead in the 18th minute before Almeria found an equalizer through El Bilal Toure in the 37th minute.

With an effort ruled for offside in the first half and brilliant saves by Almeria goalkeeper Fernando Martinez to deny Alvaro Morata and Correa in the second half kept Atletico at bay.

The visiting side’s frustration grew further in the dying minutes when Sergio Regulation was sent off for two yellow cards, 20 minutes after he took the pitch as a substitute.

Atletico, who have won only one of their last six La Liga games that too against bottom-placed Elche, are fourth in the standings, level at 28 points with Villarreal and Real Betis.

They are 13 points behind table leaders Barcelona, who have a game in hand.

Earlier Espanyol beat Getafe 2-1, with striker Javi Puado scoring the winner in the second half.

In the sixth minute, Joselu lobbed David Soria to give Espanyol the lead, but Enes Unal quickly tied the score with a spectacular effort of his own from a wide-left position.

Puado, however, earned points for his side with a solo dribble and excellent finish in the 62nd minute, helping Espanyol jump ahead of opponent Getafe in the table on the 14th.