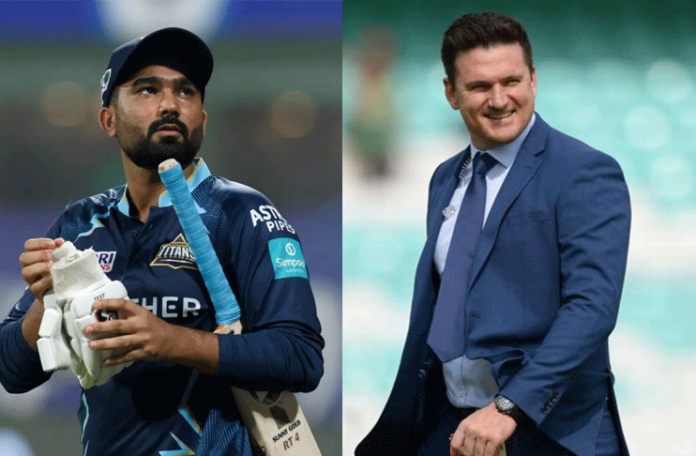 KARACHI: Former South African captain Graeme Smith advised the Indian all-rounder Rahul Tewatia to focus more on performing instead of Twitter after the latter’s ‘Expectations hurt’ tweet on being left out of the Indian squad for the Ireland tour.

Tewatia, who expressed his disappointment on Twitter by writing ‘Expectations hurt’ on being left out of the Indian squad for the two-match T20I series against Ireland, has received an advice from the former South African captain Smith, who advised the former to focus more on performing.

“It’s very difficult in India as you guys have so much talent. And coach Rahul Dravid, and captain Rohit Sharma must have had picked their majority of guys anticipating the conditions in Australia. I would say instead of Twitter, focus, perform and next time your time comes make sure no one can leave you out,” Smith told Star Sports.

The 29-year-old all-rounder was picked for the England T20Is at home last year, but an injury prevented him from making his debut. Tewatia had a brilliant Indian Premier League (IPL) 2022 season as the left-handed batter scored 217 runs in 16 matches at a commendable strike rate of 147.61.

Following his brilliant run in the marquee event, the former Indian skipper Sunil Gavaskar had a contrasting opinion on Tewatia failing to make it into the squad and stated that his hard work should have been recognized.

It is pertinent to mention here that India will be touring Ireland later this month to play two T20Is, scheduled on June 26 and 28. The all-rounder Hardik Pandya will lead the side for the first time.