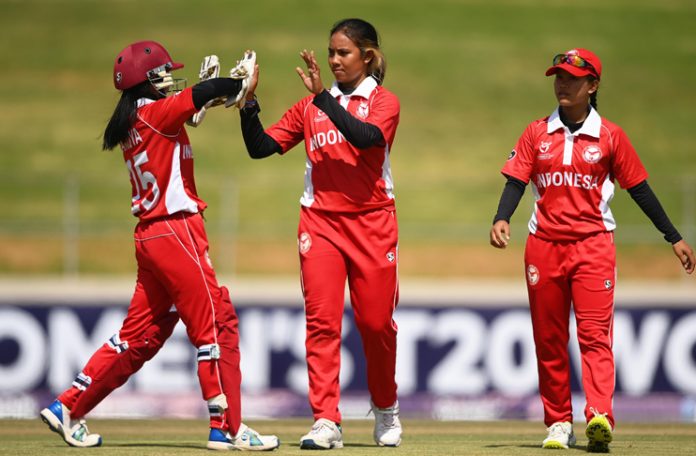 BENONI: Indonesia’s Ni Luh Dewi shone with an all-round performance to aid in her side’s triumph over Zimbabwe in the position playoff of the ongoing ICC U19 Women’s T20 World Cup.

After opting to bat first, Zimbabwe could only amass 86/8 in their set of 20 overs as none of their batters could score big in the position match.

Lower-order batter Tawananyasha Marumani and Danielle Meikle top-scored for the side with 20 each, while only two batters could amass double figures beside them.

Luh Dewi starred with the ball for Indonesia as she bagged a five-wicket haul for just 18 runs, while Ni Ariani bagged two wickets.

Set to chase a paltry 87, Indonesia completed the pursuit in 18 overs for the cost of seven wickets with some contributions from Thersiana Weo and skipper Luh Dewi as both remained the joint top-scorer with 14 runs each.

Chipo Moyo and Kelis Ndhlovu took three wickets each, while Danielle Meikle struck out a batter.

Meanwhile, in another position playoff, Scotland thrashed the United States of America (USA) by five wickets.