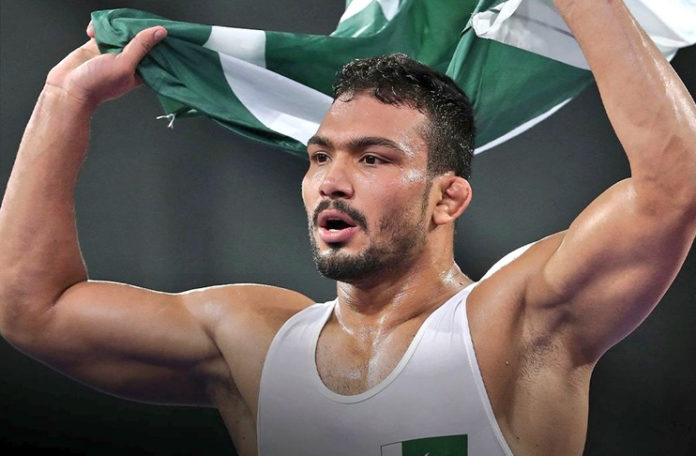 BIRMINGHAM: National wrestler Inam Butt has moved one victory away from claiming a gold medal in the Men’s Freestyle 86kg Wrestling in the ongoing Commonwealth Games 2022.

Last year’s gold medalist at the Games, Inam has now moved within a victory to claim his second consecutive gold as he outclassed his South African opponent to storm into the final.

In a competitive semi-final, Inam held his nerves calm to edge past South Africa’s Edward Lessing 5-3 to confirm at least a silver medal for Pakistan.

Besides Inam, another national Wrestler Zaman Anwar shone in his semi-final encounter against England’s Mandhir Kooner as he defeated the latter 5-0 to breeze into the final.

Young wrestler Inayatullah, however, suffered a frustrating defeat at the hands of Canadian wrestler Lachlan McNeil, who ran away with the victory with the scores of 11-0.

The 20-year-old wrestler, however, will compete for the Bronze with Scotland’s Ross Connelly, who lost to India’s Bajrang Punia in the first semi-final.