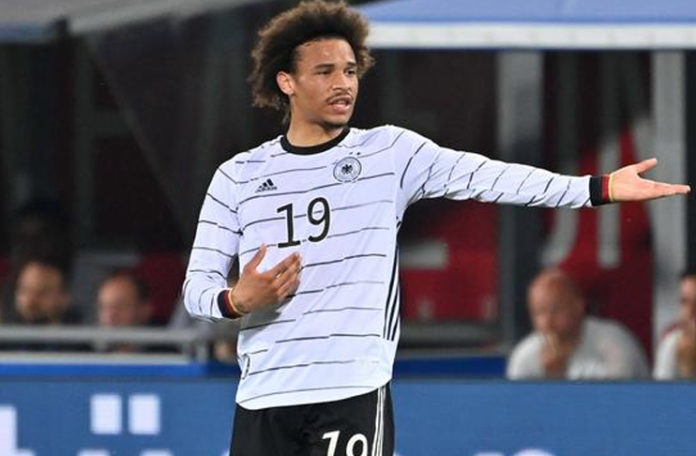 DOHA: Leroy Sane has been ruled out of Germany’s opening game against Japan in the FIFA World Cup 2022 as the winger sustained a knee injury in training.

“The 26-year-old offensive player from champions FC Bayern Munich is unavailable against the four-time Asian champions due to knee problems. The remaining 25 players of the German World Cup squad took part in the final training session in Al-Shamal.” read the statement issued by  DFB.

“After lunch, the four-time world champions’ squad head to Qatar’s capital, Doha, where captain Manuel Neuer and company will spend the night before the opening game,” it added.

With ten goals and six assists in 19 games, he played for Bayern across all competitions this season, Sane, 25, looked in top form as he entered Qatar to strengthen Germany’s chances to lift the trophy.

The former Manchester City winger has been a regular feature of the German team since making his debut in 2015. He appeared in 45 games for his national side, scoring 11 goals.

Germany will take on Spain and Costa Rica, respectively, in Group E after Japan clash.

READ: Bale strikes late on penalty as Wales hang on for draw against USA