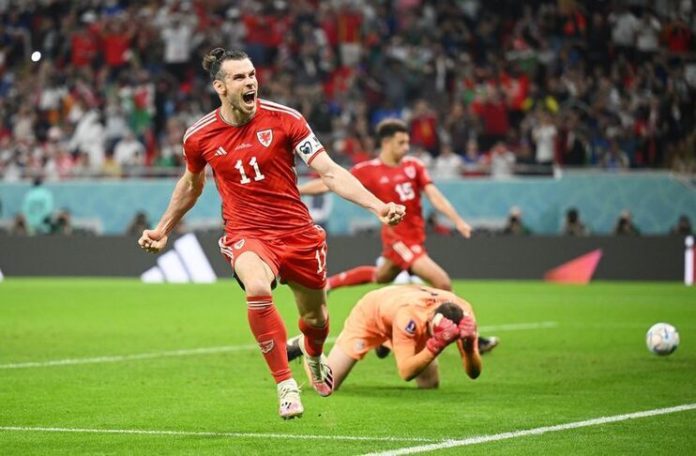 AR-RAYYAN: Wales forward Gareth Bale struck late on the penalty to power his side to hang on for a draw against the United States of America (USA) in the FIFA World Cup 2022 Group B fixture on Monday.

Welsh skipper Bale saved his side from an anticipated defeat on their world cup return as his late penalty strike in the 82nd minute snatched a 1-1 draw with the USA.

Rob Page’s decision of not to kick off with center-forward Kieffer Moore seemed to have backfired as the USA carried out an early assault on the European side.

The attack soon turned into a goal when Christian Pulisic spotted space in Wales’ defence and threaded a low ball through to Timothy Weah, who took just one stride before sliding the ball home past Welsh goalkeeper Wayne Hennessey.

Following an early lead and Wales’ struggle to break down the strong US defence indicated a disappointing world cup return for Page’s side.

However, a blunderous sliding tackle from Walker Zimmerman inside the USA area upended Welsh skipper Kane and glimmered a ray of hope for Wales as the referee awarded the latter with a penalty kick.

The Welsh skipper capitalized on the vital opportunity to fire a much-needed equalizer for his side as he drove the ball into the top of the net.

Following his timely strike and holding his nerves, Bale not only rescued Wales from the defeat but also became only the fourth Welsh footballer to score a world cup goal.

His match-saving penalty was also the first goal that Wales scored against the USA in all competitions.