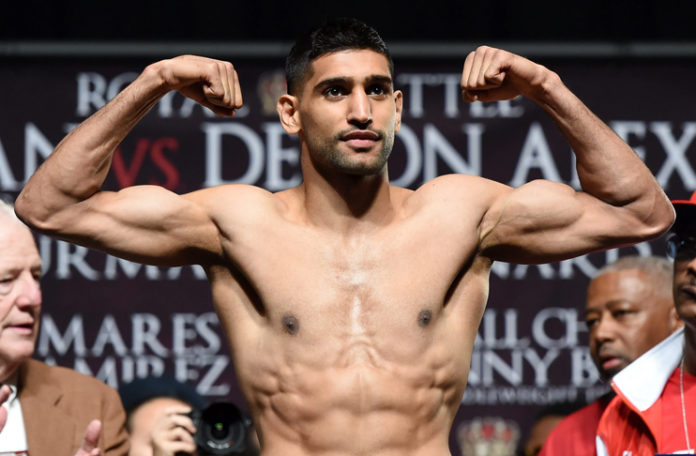 MANCHESTER: British boxer Amir Khan doesn’t have any plans to take retirement from the boxing ring after his much-awaited fight with Kell Brook on February 19.

In an exclusive interview with ARY News, Khan said his fight against Brook will be historic and he is confident to beat the opponent.

“This fight was long-awaited and finally we will face each other in the ring. Now, it will be decided in the ring, who is strong,” he said.

“I am fully prepared for this fight and it will be a good contest overall. Even If I lose this fight, I don’t have any plans to take retirement,” he added.

It must be noted here that all tickets for this fight in Manchester Arena are sold out. Amir will be taking the ring after a gap of almost two years.