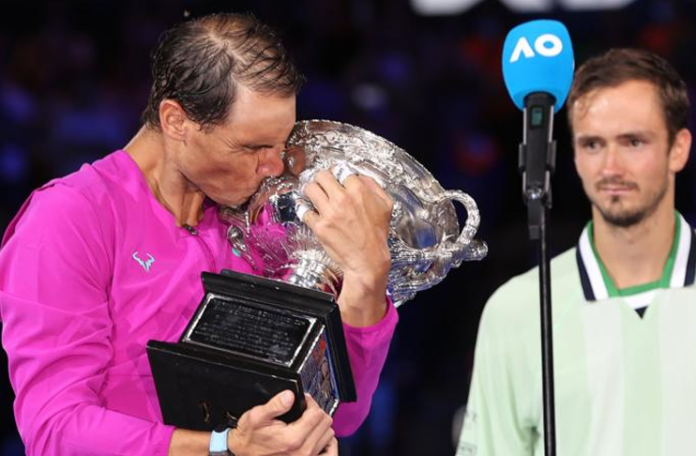 After being down in the two sets, Nadal made a remarkable comeback to go on and secure the title. Medvedev, 25, was in command before Nadal showed all of his renowned grit and fight to earn an extraordinary win.

With this title, Nadal has now surpassed Novak Djokovic and Roger Federer to claim the record of winning the most Grand Slam titles; claiming 21 titles.

The left-handed tennis star has now secured two Australian Open titles; winning the second title after a gap of 13 years.

Nadal, who had lost four Australian Open finals previously, termed this victory as one of the most emotional wins.

“Without a doubt, it is one of the most emotional wins of my career,” he said.

Nadal also thanked his fans and supporting staff for their support, while is hopeful of continuing to progress in the same way.