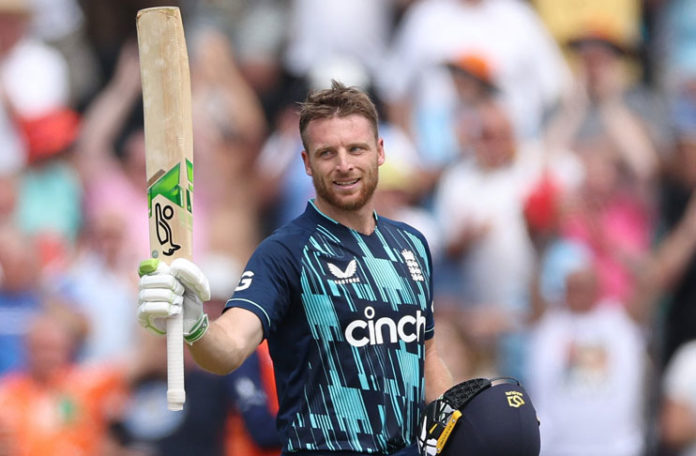 LONDON: England and Wales Cricket Board (ECB) has announced the wicket-keeper batter Jos Buttler to lead the white-ball sides after the World Cup-winning captain Eoin Morgan hung up his boots.

Buttler, who served as Morgan’s deputy, will now be succeeding him as he has been named the new England’s white-ball captain by the ECB.

According to the cricket board, the ECB Interim Chair, Martin Darlow, and Interim Chief Executive Officer, Clare Connor, approved the appointment on Wednesday evening following the recommendation by the Managing Director of England Men’s Cricket, Rob Key.

Buttler has been an integral part of England’s white-ball side for over a decade. He played his first T2OI game in 2011 and made his ODI debut a year later.

The right-handed batter has been the vice-captain since 2015 and has led the team 14 times previously (Nine ODIs & five T20Is).

Speaking on the occasion, Buttler heaped praises on the former captain Morgan and termed it an honour to take the captaincy role from him.

“I would like to offer my sincere thanks and gratitude to Eoin Morgan for his outstanding leadership over the past seven years. It has been the most memorable period for everyone involved. He has been an inspirational leader, and it has been fantastic to play under him. There are lots of things that I have learnt from him that I’ll take into this role,” he said.

“It is a great honour to take over from Eoin, and the place he has left English white-ball cricket in is exciting, and I’m inspired for the challenges ahead,” he added.

The newly-appointed captain also set his sights on his first assignment after taking up the leadership role and backed his side for having excellent strength in depth.

“There is excellent strength-in-depth in the white-ball squads, and I’m looking forward to leading the teams out for the series that are coming up against India starting next week and later in July against South Africa,” he stated.

“It is the greatest honour to captain your country, and when I have had the chance to step in the past, I have loved doing it. I can’t wait to take this team forward,” he concluded.