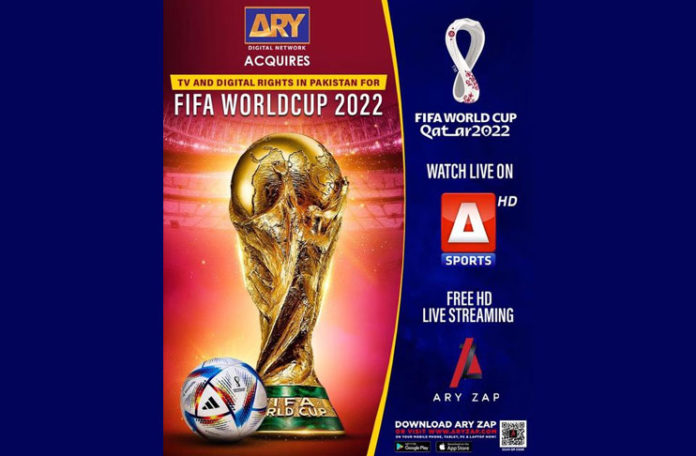 KARACHI: ARY Digital Network has once again announced an exciting update for sports lovers in Pakistan as it has exclusively acquired TV and digital rights for FIFA World Cup 2022.

Soccer lovers in Pakistan can watch the event live on A Sports and can stream it through ARY ZAP application.

“As promised, we continue to work for the progress of sports in our country. Even against all odds, we have achieved another milestone. I am proud to announce that ARY Digital Network has acquired the exclusive TV & Digital Rights of for FIFA WORLD CUP 2022 For Pakistan,” President and CEO ARY Digital Network Salman Iqbal announced on social media.

FIFA World Cup 2022 will kick off on November 21 in Qatar. 32 international teams are competing in eight groups in the event sometimes called the biggest sports event in the world after Olympics.

England will face Iran on the opening day of the tournament.