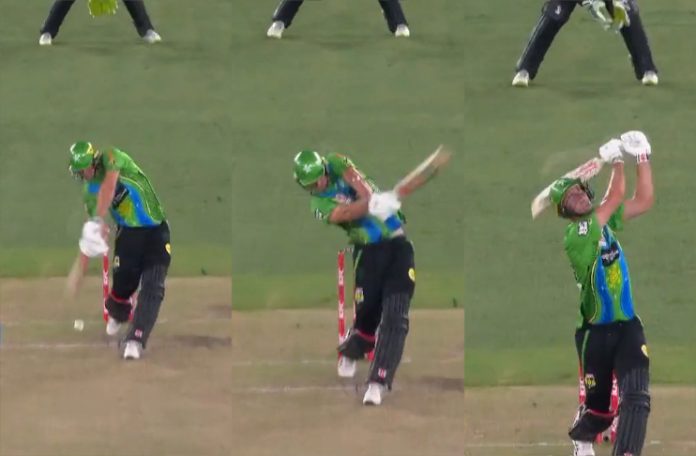 Citing the hot conditions here, the much-anticipated Melbourne derby was held with the roof of the famous Dockland Stadium closed, which led to the ball hitting it twice.

In the third over of the Star’s innings, Renegades pacer Will Sutherland bowled in a fuller delivery to Clarke, who looked to drill it over the mid-wicket boundary but ended up launching it upwards, which, consequently hit the roof of the stadium and landed inside the 30-yard circle.

Taking to Twitter, Cricket Australia (CA) shared the footage of the bizarre six and confirmed it as a six in the rules book.

Beau Webster sends ANOTHER one into the Marvel Stadium roof – and that'll be another SIX runs!! 🤯#BBL12 pic.twitter.com/3YdMNv0cLv

The incident then happened again in the 16th over of the innings when Webster punched Tom Rodgers’ delivery onto the roof and the umpire once again signalled it as a maximum despite the ball landing just beside the pitch.

Beau Webster sends ANOTHER one into the Marvel Stadium roof – and that'll be another SIX runs!! 🤯#BBL12 pic.twitter.com/3YdMNv0cLv

It is pertinent to mention that despite the Stars’ two lucky sixes Renegades made an astounding comeback to snatch a thrilling six-run victory to win the BBL Melbourne Derby.