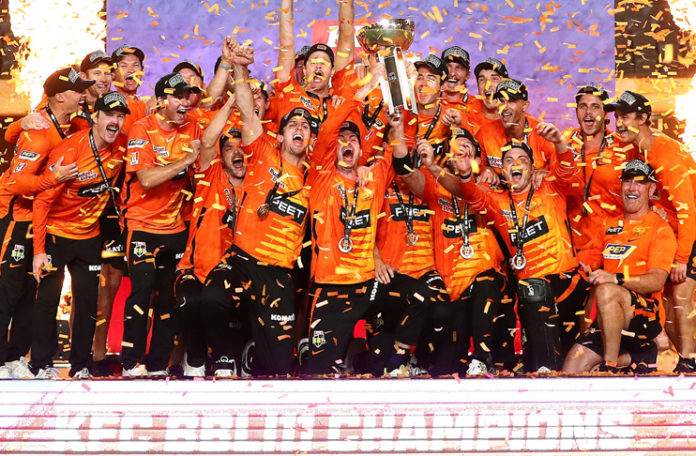 MELBOURNE: Cricket Australia (CA) has announced the introduction of a draft system for the upcoming Big Bash League, permitting the franchises to select up to three overseas players.

The BBL confirmed the introduction of a four-tier draft structure after facing two years delay due to the Covid-19 pandemic in order to attract T20’s megastars to Australia for the 2022-23 edition.

BBL teams will pick their international stars for BBL|12 in a brand new Draft!
Here's how it's all gonna work ➡️

The date of the Draft will be announced soon 👀 head to https://t.co/m11ahuhv5F to stay up to date!#BBL12Draft

CA has stated that the draft will take place in the coming months while the nominations have opened worldwide, promising global competitive rates for the nominated players.

Explaining the working of the newly introduced draft system, BBL announced via its official Twitter handle that players will nominate themselves online for either part or the entire tournament. They can nominate for three salary categories: Gold, Silver, and Bronze. The BBL will then elevate the biggest names to Platinum status.

Clubs will choose players in an order decided via a weighted lottery. The first weighted lottery to determine selections one, two, and three will include the three clubs that did not advance to the KFC BBL|11 Finals. The five finalists from the previous season will then be chosen for choices four through eight.

There will be four rounds in the draft, with one pick for each Club, which are permitted to skip some rounds, but by the end of round four, each club must choose a minimum of two and a maximum of three participants.

Each team is allowed one Retention Pick, which can be used in any round of the Draft. If a player has been part of the Club the previous season, they are eligible for retention.