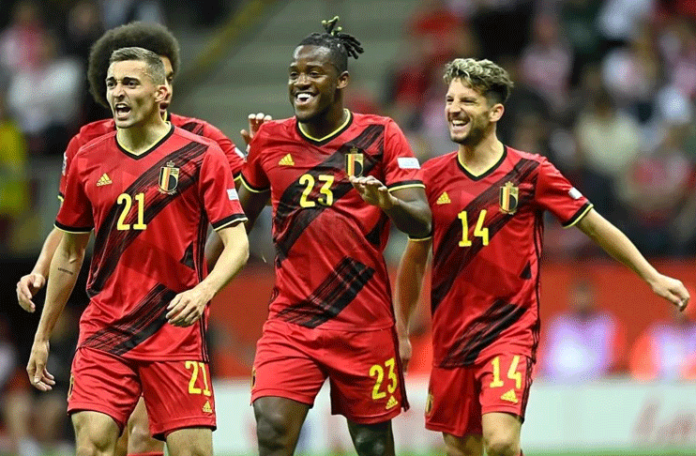 WARSAW: Michy Batshuayi’s first-half goal propelled Belgium to a 1-0 victory over Poland, keeping his team in contention to advance to the Nations League Finals.

Belgium, despite without several star names including Thibaut Courtois, Kevin De Bruyne and Romelu Lukaku sealed a comprehensive victory over the home side Poland as Batshuayi stole the show with his early strike.

The forward gave his side an early 1-0 lead after netting the ball just 16 minutes later the commencement of the match.

The two sides then displayed a competitive battle but the scores remained the same till the end as Belgium moved three points within the Netherlands with two group-stage matches remaining.

Although Belgium dominated the majority of the first half, Zalewski came agonisingly close to drawing the score just before the break when he nearly missed with a volley of Robert Lewandowski’s right-wing cross.

Roberto Martínez’s side may come face to face with the Netherlands in the second leg of the league, scheduled in September and may head into a straight shoot-out for qualification.