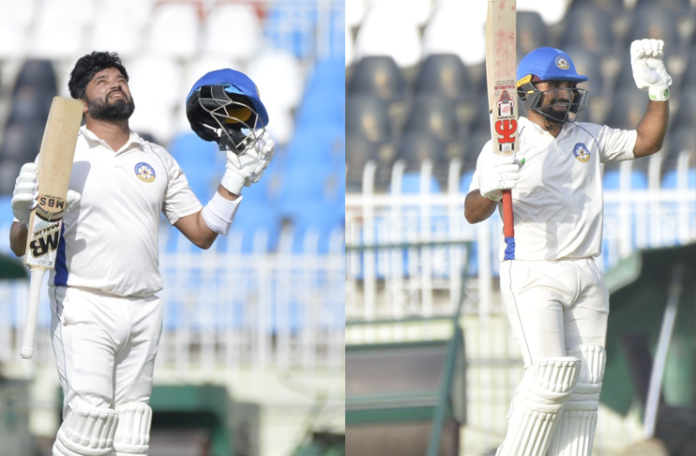 RAWALPINDI: Central Punjab (CP) batters Azhar Ali and Tayyab Tahir scored centuries to bolster their side to take a commanding 232-run lead over Balochistan at the conclusion of the second day’s play in the second round fixture of the ongoing Quaid-e-Azam Trophy (QEAT) 2022-23.

Resuming at an overnight score of 91/2 after the bowlers bundled out Balochistan for a paltry 185, CP finished the second day on a high as the side accumulated a hefty 232-run lead after finishing at 417/4.

Tayyab will resume his brilliant knock on the third day with young all-rounder Qasim Akram, who scored 59 not out off 77, laced with eight boundaries and a six.

Meanwhile, Northern are trailing by 328 runs after finishing at 129/2 in response to Sindh’s 457/8 at Faisalabad’s Iqbal Stadium.

Northern captain Umar Amin scripted an astounding recovery for his side with a gritty knock of 60 not out as he added 92 runs for the second wicket with Mohammad Huraira, who fell eight short of his half-century.

Wicketkeeper batter Sarfaraz Ahmed further bolstered the side to a massive total as he stroked his second fifty on the bounce with a 70 not out off 136 including eight fours.

In another second-round fixture, Khyber Pakhtunkhwa (KP), batting second, are trailing by 64 as the defending champions concluded the second day at 4/1 in response to Southern Punjab’s (SP) 308.

Umar Siddiq’s 13th first-class century had earlier lifted SP to 308 at the Abbottabad Cricket Stadium after KP had scored 240 the day before. SP were 48/3 at the start of the second day before Umar hammered 19 fours in his 199-ball innings.

Salman Ali Agha then lifted his side’s score with a brilliant knock of 64 off 88 deliveries with the help of 10 boundaries.

Ihsanullah led the bowling attack for KP with 3/45, while Arshadullah and Arshad Iqbal bagged two each.