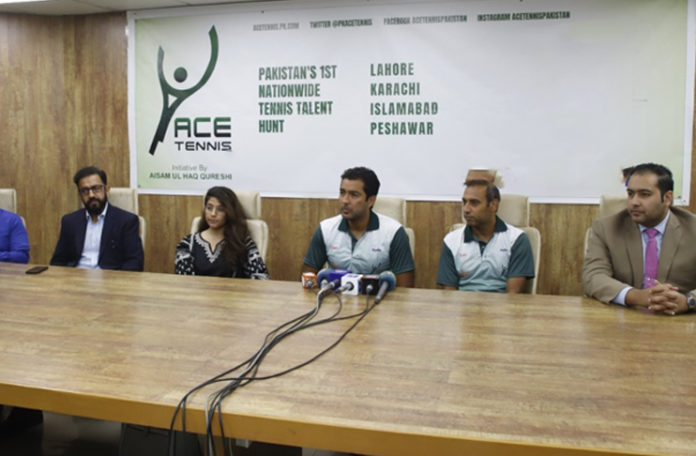 LAHORE: Pakistan’s ace tennis player Aisam-ul-Haq lamented no support from the government and federation for the betterment of the game in the country as he launched the Talent Hunt Program to groom the young players with the trials set to kick off tomorrow.

Speaking at a press conference here on Thursday, the tennis star claimed that the country lacked a proper system that could produce quality tennis players and announced that his initiative would provide mentorship and assistance to the 16 young emerging players of the country to compete at the international level.

“We used to hear the same thing everywhere. Why is it that no player from the country emerges except for me and Aqeel Khan?” he said.

“In Pakistan, we don’t have such a system in place for tennis. When our players compete at the international level, they do not have that level of fitness.” he asserted

The national tennis player stated that they had hired the services of professional trainers and coaches for the best grooming of the young talent through the programme and would also help those players in finding sponsorships for their future endeavours.

The programme, which is set to begin on August 5, will be held in four major cities across Pakistan: Lahore, Islamabad, Peshawar, and Karachi.

Approximately 400 tennis players will participate in trials in 4 cities and 16 selected players will be given complete training through professional physical trainers and tennis coaches for one year under the supervision of national tennis star Aisam.

“Right now we have very limited funds available. We will definitely launch the talent hunt in other parts of the country when we get more funding” he added.

Furthermore, the 42-year-old tennis player urged the Tennis federation and the government to support his initiative as he aimed to produce more tennis stars for the country.