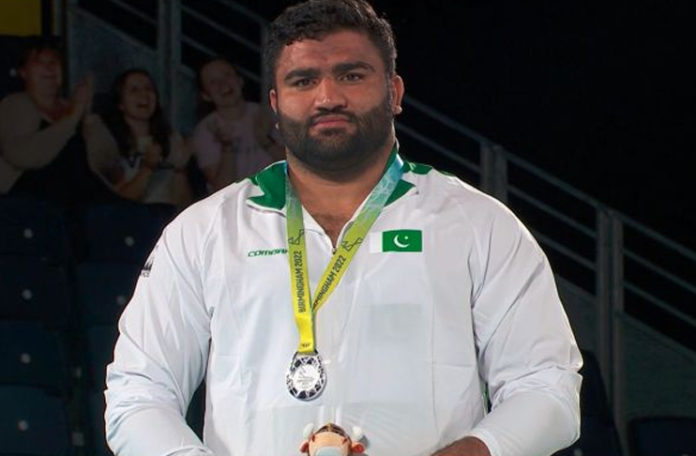 BIRMINGHAM: National wrestler Zaman Anwar suffered a frustrating defeat in the gold medal bout of the 125kg of the Men’s Freestyle 86kg Wrestling in the ongoing Commonwealth Games as he lost to Canada’s Amarveer Dhesi.

Zaman, who was off to a dream start to his Commonwealth Games campaign had a drastically opposite conclusion, as he suffered a crushing 2-9 defeat in the final round.

The one-sided final was majorly dominated by Amarveer who later thrashed Zaman to claim a gold medal for his country, while Zaman bagged a silver.

Earlier, Zaman defeated England’s Mandhir Kooner 5-0 to qualify for the final and set up a final bout with the Canadian wrestler.

Besides Zaman, another national wrestler Inam Butt has already claimed a silver medal in the ongoing games after losing to India’s Deepak Poonia 3-0.

His compatriot Inayatullah, on the other hand, thrashed Scotland’s Ross Connelly to seal the second bronze for Pakistan. National weightlifter Muhammad Nooh Dastgir Butt thus far remained the only athlete to hand Pakistan a gold medal in the ongoing global event.